Behind the scenes in the COC's Louis Riel 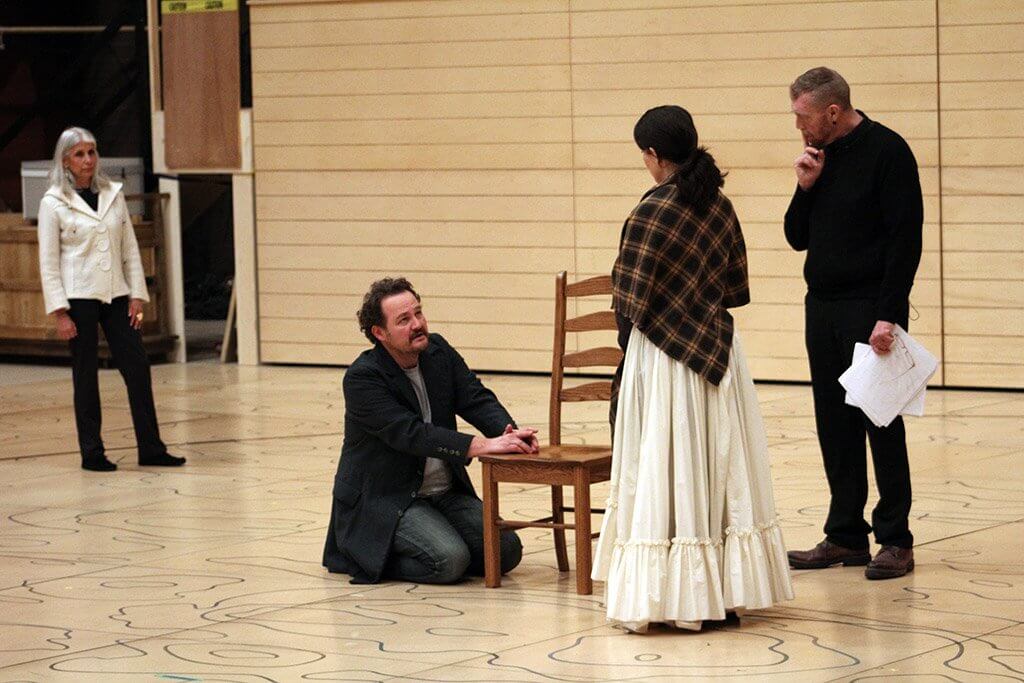 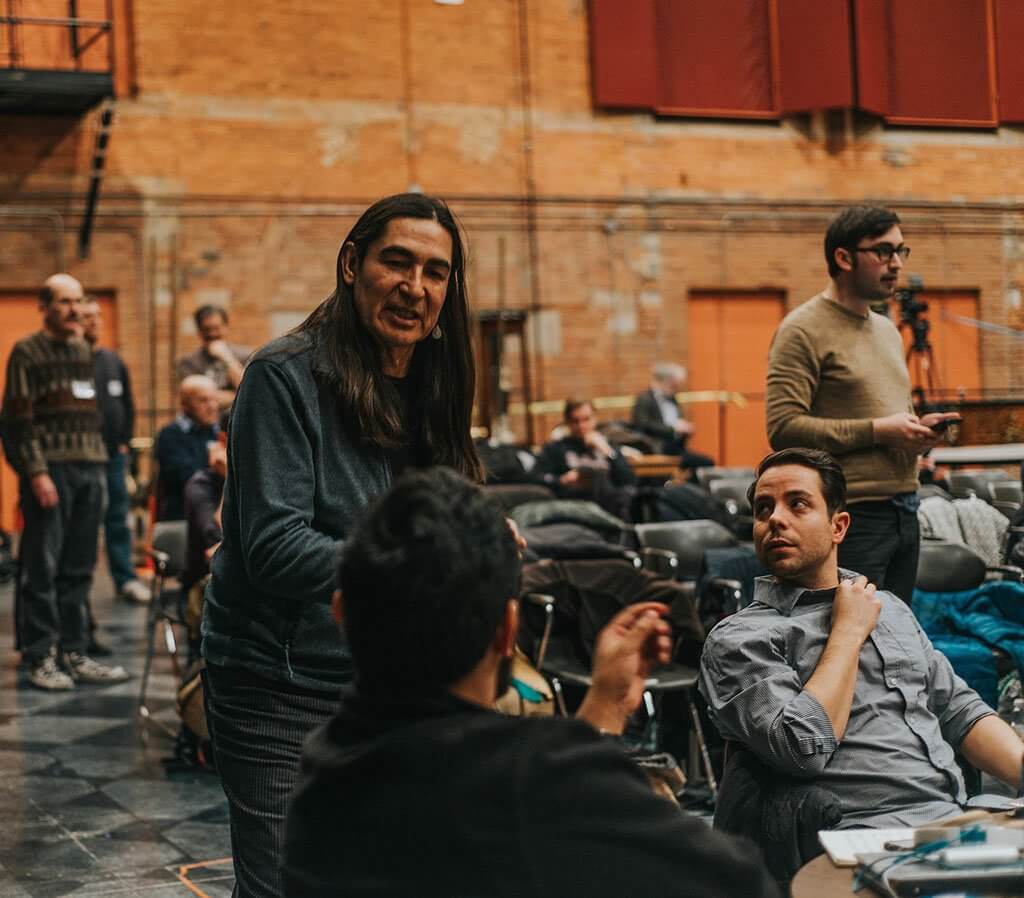 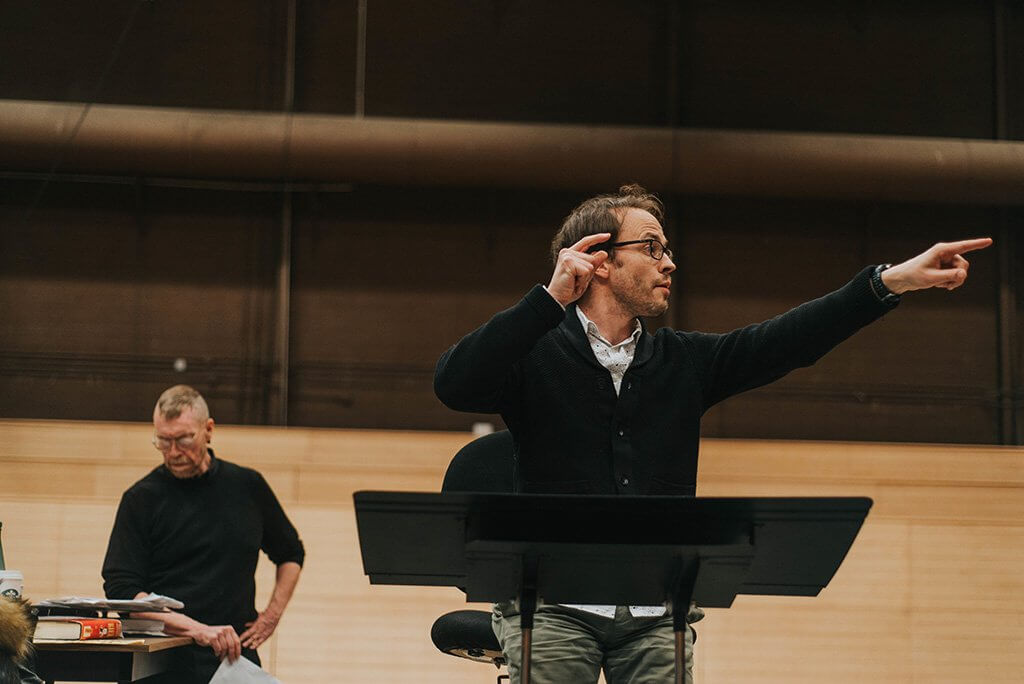 "We have described for you a mountain. We have shown you the path to the top. We call upon you to do the climbing.”

So spoke Senator Murray Sinclair upon the conclusion of Canada’s Truth and Reconciliation Commission. Two years after the commission’s final report, which documented the traumatic testimonies of Residential School survivors, the opera stage seems an unlikely place to work towards reconciliation with the Indigenous Peoples of this land.

Yet the Canadian Opera Company’s production of Harry Somers’ opera Louis Riel, which premiered in 1967 for Canada’s centennial anniversary of Confederation and opens in a new production on April 20th, features a spirit of inclusivity and reconciliation one wouldn’t expect in this centuries-old European art form.

For Louis Riel, the Canadian Opera Company has joined the COC Chorus with a cast of exclusively Indigenous artists who perform as the “Land Assembly” while the COC Chorus forms a “Parliamentary Chorus.”

Additionally, many parts in the huge cast of Louis Riel are being played by Indigenous artists, including Joanna Burt, a Métis/Saugeen Ojibwe artist from Lindsay, Ontario who plays Sara Riel. Santee Smith, a member of the Mohawk Nation, Turtle Clan from Six Nations of the Grand, Ontario, joins the COC as choreographer for the production, Estelle Shook, a Métis artist from British Columbia, joins as assistant director, and Peter Hinton, known for his extensive work with Indigenous artists, joins as director.

“What I think people should prepare for is to be confronted with all the problematic complexity that is this story,” said Estelle Shook in a video interview, “which I guess is the story of Canada’s government’s relationship to First Nations, and how that has reverberated to the present day.”

Joanna Burt, who makes her debut as Sara Riel, also notes that this production does not sugarcoat the government’s relationship with Indigenous peoples.

“[Director Peter Hinton] approached this opera in a way where he wanted to make sure our voices are heard in today’s society,” Burt related in a recent interview. “The whole opera is based on broken promises. Regardless of whether it’s 1885 or now, the government always breaks their promises. That’s what this opera is about.”

She describes how there are times when the Land Assembly in the opera will have their fists in the air in solidarity, or where cast members speak directly to the audience after promises are broken between Riel and Bishop Taché, asking the audience, “to acknowledge these broken promises with us.”

Much has happened in Canadian history since Louis Riel premiered fifty years ago, including most importantly, the Truth and Reconciliation Commission, focusing on the testimonies of Residential School survivors. The government has launched numerous initiatives to work towards Reconciliation and on April 12th, 2017, the government held its first Métis-Nation Crown Summit in Ottawa.

Harry Somers wrote to his wife Barbara the day before he died that, “there’s no limit in this friggin’ country if it drops its colonial mentality.”  In this production of Louis Riel, the COC has updated and removed anachronisms from the original production, attempting to drop the colonial mentality Somers saw as such a downfall for Canadians.

In the COC’s new production, the libretto of Louis Riel, originally written in French, English and Cree, will feature a new translation of the Cree by Billy Merasty, as well as new spoken dialogue in Michif, the official language of the Métis during the time of Louis Riel, by Norman Fleury, a Métis elder. New historical research, as well as the incorporation of numerous Indigenous voices and perspectives have broadened the lens of the opera.

“We’re looking at this opera from a more inclusive perspective,” director Peter Hinton said in a media release. “We’re not changing the intentions of the piece, but revisions are being made that honour the virtuosic complexity of the music, while allowing for the introduction of voices that have not been heard before.”

As Senator Murray Sinclair said in 2015, “words are not enough” to describe the injustices suffered by Indigenous Peoples at the hands of the Canadian government. The Canadian Opera Company’s upcoming production of Louis Riel, in its aims to capture truth and inclusivity through an art form that transcends the limitations of words, may be heeding Senator Sinclair’s call.